A number of Canadian labs have been at the forefront of basic research in telomere biology. The role of telomere and telomerase in cell senescence, cell immortalization and tumor progression was first demonstrated by Canadian scientists in the early 90s. Over the last few years, contributions from the most prominent Canadian labs have resulted in landmark papers published in top scientific journals. The symposium is open to all scientists with active research on telomere biology or directly associated fields, including telomere structure and function, telomerase, telomere involvement in genome stability, checkpoints, cellular senescence and aging, cellular transformation, and cancer. 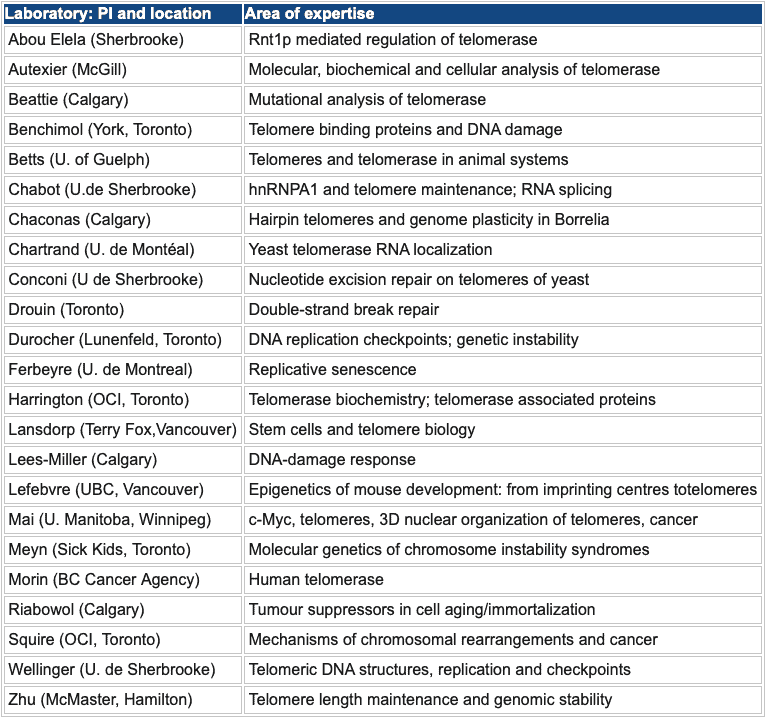